Warning: Invalid argument supplied for foreach() in /home/huahinpropertyli/public_html/wp-content/themes/homes/templates/ajax_container.php on line 12
Retiring to Asia: this is what you need to know - Hua Hin Property Listing

Retiring to Asia: this is what you need to know

It’s cheap, hot and fun. But there are practical things to consider before you take the plunge. 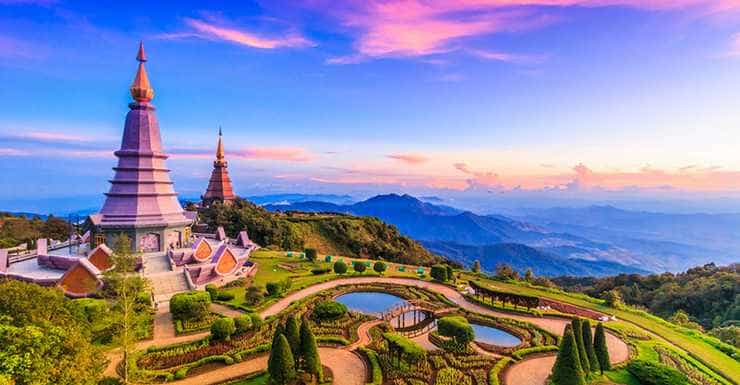 You can retire in paradise with a little planning.

Australia’s standard of living has risen over the past three decades and so has the cost of day-to-day expenses, leaving many baby boomers scratching for ways to stretch their retirement income further.

It is little wonder so many of them are investing in Australia’s property market as a way of creating an income stream through a rental unit or working past the age of 65 to top up their super coffers.

But according to Stephen Wyatt and Colleen Ryan, authors of Pack Up, Sell Up and Take Off, there is a third option: relocating to south-east Asia.

“A lot of our friends are retiring and moving to places like Penang and Chiang Mai,” said Ms Ryan.

Mr Wyatt thinks the overseas retirement trend will become even more pronounced in years to come.

“The cost of living in Australia is very high and the number of people over 60 will triple over the next 30 years so there will be more people looking to places like Asia,” he said.

It isn’t hard to see why baby boomers are heading to Asia. 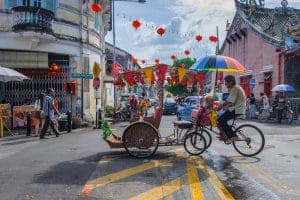 Penang in Malaysia is a popular destination for retirees. Photo: Shutterstock

According to cost comparison site Numbeo.com, a meal at an inexpensive restaurant in Penang will cost you $3.43 compared with $15.50 in Sydney, while monthly utilities for an apartment costs an average of $65 compared with $199.

While it is possible to move overseas and still claim your pension, you cannot start claiming it from another country, Mr Wyatt noted.

“You need to start receiving the pension in Australia first before moving,” Mr Wyatt said.

Simon Munton, editor of International Living website and magazine, said the cost of living in Australia was pushing many retirees abroad.

“About 75 per cent of our readers are all looking for cheaper retirement options overseas,” he said.

You are on your own

Some retirees are facing a tough road ahead.

Ms Ryan noted that many baby boomers were too old to enjoy the full benefits of compulsory superannuation built up over the lifespan of a career and too young to enjoy erstwhile defined super benefits schemes that offered a pension in retirement at 60 per cent of the salary.

“It is becoming clear that people are going to have to be self-reliant when it comes to their retirement.”

When deciding what part of Asia to retire to, it is imperative to factor in medical costs. 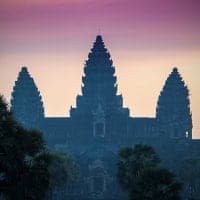 Cambodia: what you gain in beauty, you lose in healthcare. Photo: AAP

Malaysia, Thailand and, to a lesser extent, the Philippines all offer decent medical care, and Mr Wyatt suggests investing in some decent evacuation insurance if you choose a part of Asia, such as Indonesia or Cambodia, that does not have top-notch healthcare.

Property rules differ from country to country, but generally allow foreigners to put down some roots.

Technology has shrunk our sense of distance, too.

“Skype has been a real clincher for people and their willingness to move overseas,” said Mr Munton.

“Australia is a great country but it is very far away from the rest of the world and technology makes it so easy to keep in touch. Internet speeds in some parts of Asia are faster than parts of Australia.”

Visas vary, too: in the Philippines, for example, you can obtain a retirement visa after the age of 35, while in Malaysia you can live on a long-term visa that needs renewing each decade.

Mr Wyatt concedes overseas retirement is not for everyone.

Then, of course, there are those who prefer a more sedate retirement.

“I think it has to suit your personality type, you have to be a bit adventurous.”

Mr Munton agrees overseas retirement is not for everyone, but adds: “When you can enjoy a nice meal out for $15 in Asia, why wouldn’t you at least explore the idea? Especially when the alternative is working until you are 70.”

But he adds a note of caution: “Just make sure you do your homework on a place first.”